“I read the news today, oh boy” (to quote the Beatles).

In case you haven’t read the story, here’s my annotated version:

In a trial against Bayer/Monsanto, a US jury awarded $80 million to a man who developed Non-Hodgkin Lymphoma after prolonged exposure to Roundup. The jury found glyphosate/Roundup to be a substantive factor in causing the cancer. They also found Bayer/Monsanto to be negligent by failing to warn the public of the weedkiller’s cancer risk and failing to properly research the safety of its product. The trial is thought to be a bellwether case, helpful in determining the fate of 11,200 similar, pending cases. This and a similar case last August are historic and precedent-setting cases.

Or, an even shorter version: Bayer/Monsanto has been taken to the whipping post. The American judicial system is increasingly taking on the role of protecting the public’s health.

Bayer/Monsanto is not entirely at fault here. Over the past 40 years since regulators approved glyphosate/Roundup, the company has responded to the public’s demand for inexpensive food and the government’s desire to prevent hunger. But as so often happens, greed sets in, ethics go out the door, and corruption takes hold. The company has clearly crossed a line, or several lines.

My physician, Steven Rotter, MD and I wrote a short, free, downloadable book called “Supercide Me: how pesticides are making us sick and what we can do about it”. Our goal was to quickly give readers the back story of the glyphosate/Roundup issue to expand their understanding of it. Then we will be better equipped to mobilize and create the kind of change we’d like to see. We are introducing a new word – “supercide” into the English language. This word describes the chronic, low-dose exposure to pesticide residues in food and the environment. This word will make it easier for people to talk about pesticides’ effects on health and to warn others about it. When you read this short book, you will understand why eating organic food has become mandatory, not optional. You can download it here: https://thejoyofplenty.org/books/supercide-me/

Please let me know how you like it! I’d love to hear from you. 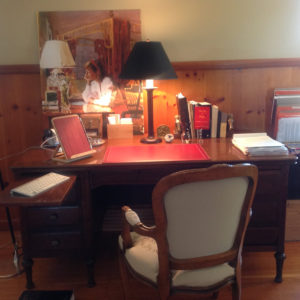